B = H ? This is how two different note names came about (english)

We are often asked why we don't have any white b-keys in our shop. Of course we have them, but they are called differently in Germany. This key is called „h“ in Germany and a few other countries, which is why they can’t be found right away sometimes.
We took this as an opportunity to get to the bottom of this. In this article, we will explain to you why there’s such a high risk of confusing the note "b" and why we use a different name here in Germany.

The „legend"
There’s a legend among musicians that the two different note names are the result of a transcription mistake. It is said that everything was caused by a monk in the Middle Ages who wrote his music down in such a bad handwriting that many copiers interpreted the "b" as an "h". In the course of time, this spelling mistake was never noticed and established itself in some regions, and this is how the note name "h" came about. However, this nice legend is FALSE, because the phenomenon is somewhat more complicated.

Tip: always pay attention to the country of origin of the song you are playing. This will help you to know exactly which note or chord is meant by "b". And when looking for replacement keys in our shop, it is best to search with both terms.

The development of the music notation
The two different note names didn't just occur overnight, they were developed through a long process. The whole thing is connected with the development of semitones.In the Middle Ages, music sounded very different from today and was by no means as diverse and advanced. In the beginning, there were no accidentals, i.e. no black keys. All music was played only with the notes C, D, E, F, G, A and B. Another important difference is that the basic scale did not begin with C as it does today, but with A.
When people began to notate music, they didn't use the five-line system, because this was only developed much later. Instead, they just used letters to write down the notes of a piece of music. In the first step, the notes had to be given names and this was simply done alphabetically. They started with the note that we still know today as A and then systematically continued with B, C, D, E, F and G. This seems logical, of course, and it shows that the original name for the note before the C was "b" and not „h".

Two variants of the tone "b" appear 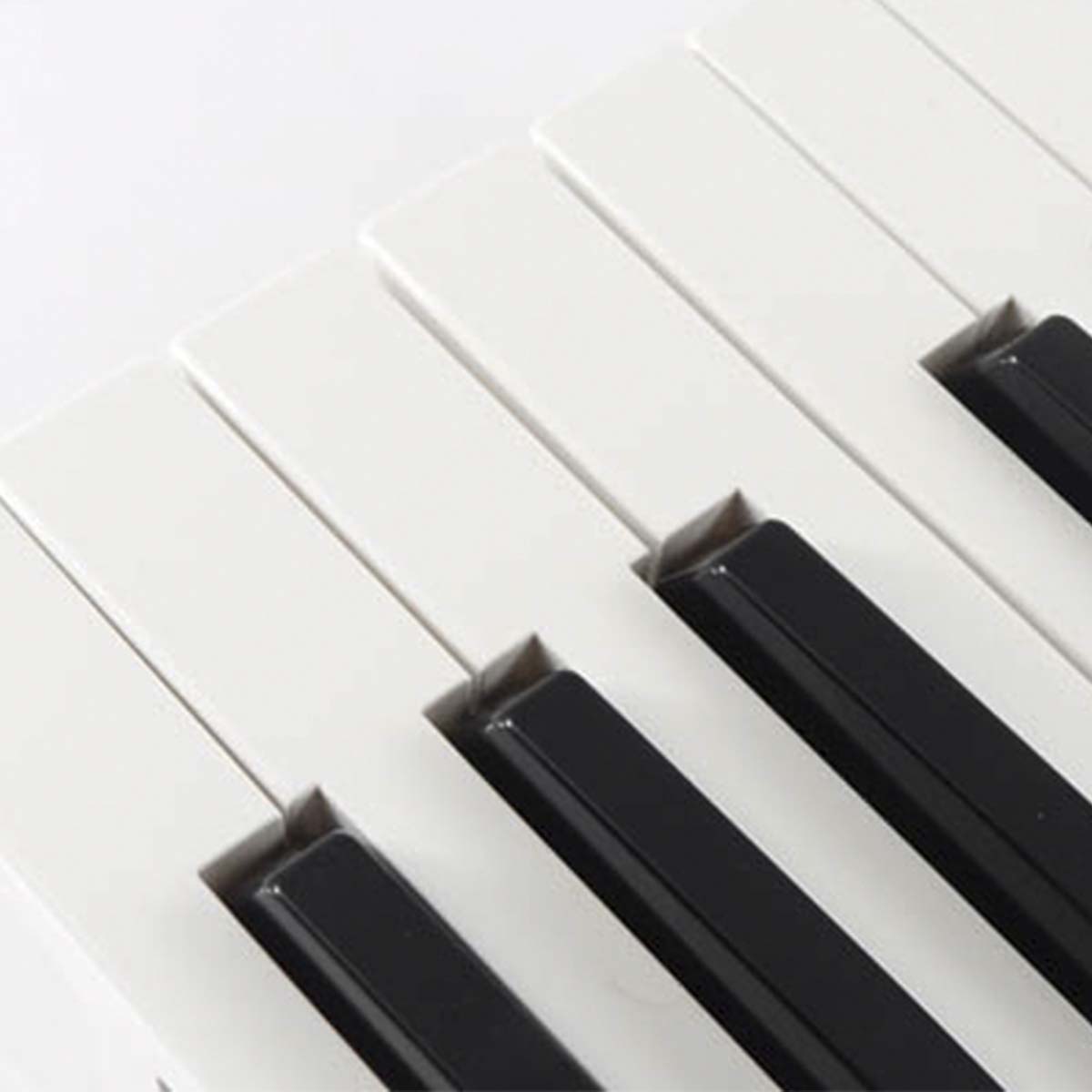 So why do we call this note "h" in some countries? In the course of time, music developed and started to become more complex. Two different variants of the note "b" were established, at first only for the note „b“. A lower variant was introduced, which would be the black key in front of the „C" today. Whereas the high variant, or rather the original note, remains the white key before „C“. The low variant of the note "b" was called "B-rotundum" and the high or original note was called" B-quadratum".

Since there was no musical notation system in the Middle Ages and music was written only  in letters, the different variants of "b" were distinguished as following:

As you can see, the B-Quadratum looks like the natural sign, and in fact it has its origins here.

When people first started printing sheet music, the printers often lacked the printing plate for the ♮ symbol and replaced the symbol with a lower-case "h" because of the similarity. This established the note name "h" in Germany, Scandinavia and the West-Slavic region.

In summary:
Ultimately, the note name "h" developed through printing, or rather through a missing printing plate for the B-Quadratum. However, this name didn't establish in every country, which led to inconsistent naming and confusion.

We hope we have been able to shed some light on this and help you with your search for replacement keys.